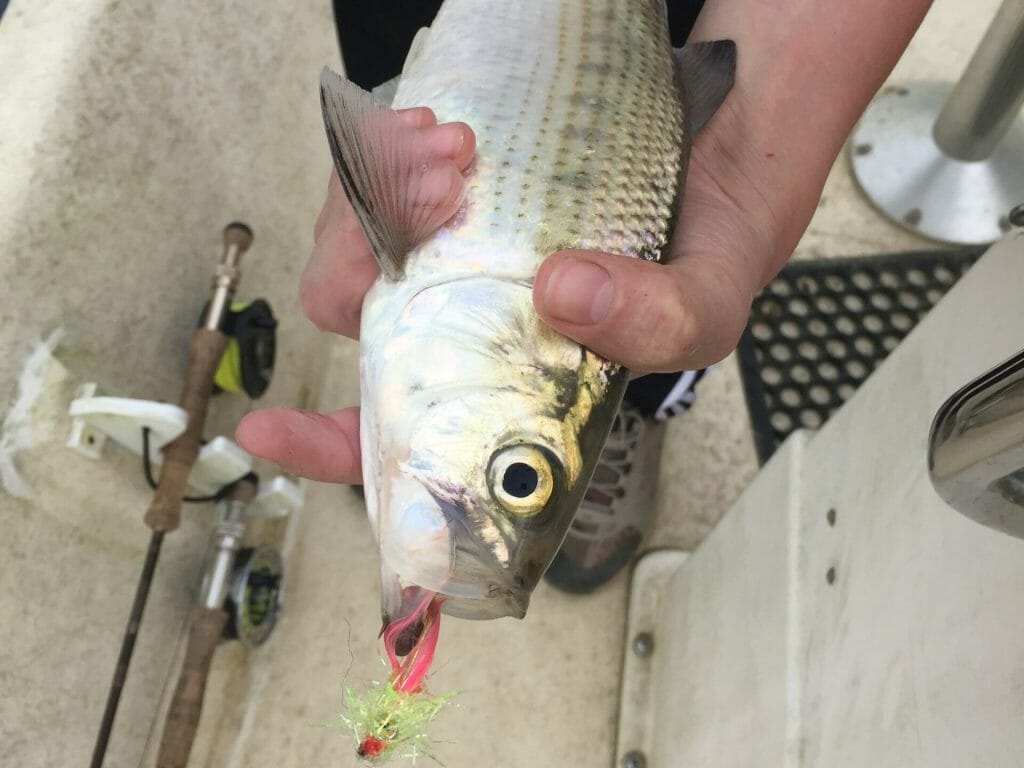 Stripers have arrived in the upper Roanoke River. They are not as numerous or as large on average as they will be later in the season, but there are more than enough to justify a trip. Here are a few pointers for catching them on flies:

The Right Fly Line: This is the most important part of fly fishing for stripers on the Roanoke. You can catch fish on an intermediate or sink tip line, but it’s a real handicap. The most effective line is some sort of fast sinking shooting head rig. There are many good ones on the market. The Scientific Anglers Streamer Express and the Cortland Quick Descent work very well. With the water level the way it is this year, a 300 or 350 grain should work well. This will work on an 8 or 9 weight rod. These lines do not have a line weight designation, but use the grain system instead. You can also make a shooting head from a length of Rio T-14 or Cortland LC-13 attached to some sort of running line. This system is not as easy to cast, but is quite a bit cheaper and just as effective. Again, this is not a sink tip. The sinking portion will be around 25 feet long. Our staff can advise you about which option will work best with your rod.

Leader: Keep the leader short. I usually use about 18″ of 40lb. test looped to an 18″ 12 lb. tippet. Don’t use too strong of a tippet or you will risk breaking your fly line when you hook a log and have to break the fly off. 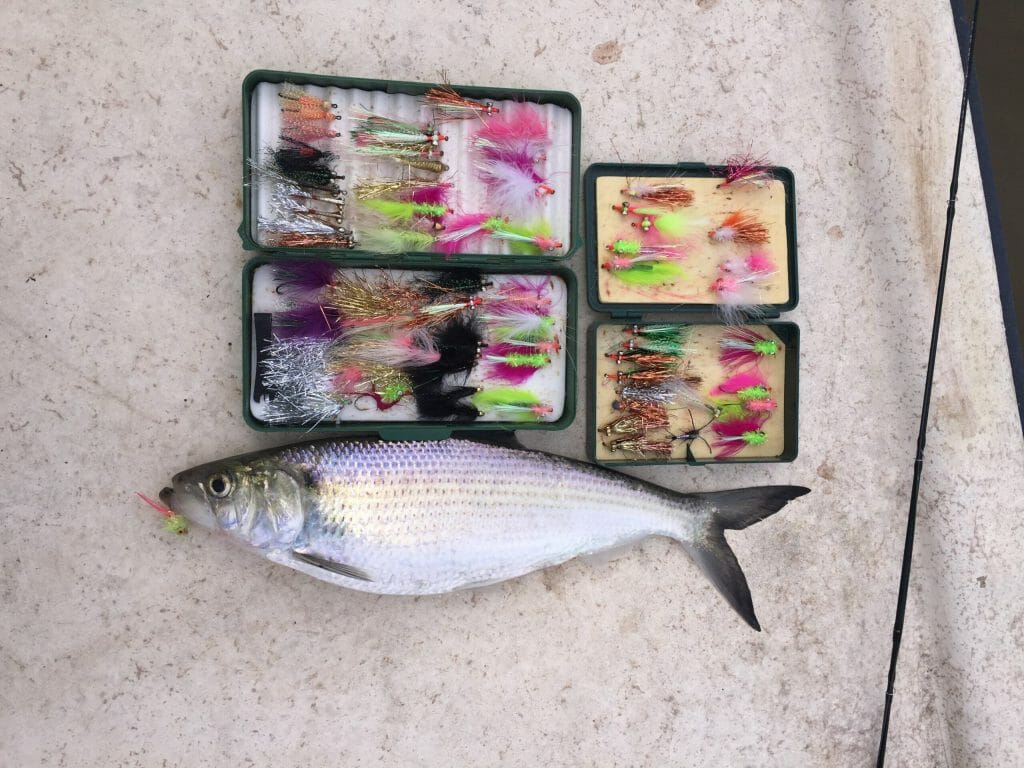 Flies: Clousers and Half and Halfs are the standard, although deceivers work well when the water is low. 2/0 to 3/0 3 inch long flies will attract all size classes, while going to a 5-6″ inch fly will result in fewer fish with a higher percentage in the 5-8 pound class. If you want to target the big 15 to 30 pounders you can use a 9-12″ monster fly, but you will stop catching those smaller fish. Later in the season, poppers or crease flies will work well cast against the banks early or late in the day. Of course you will want to switch to a floating line for this. Good colors are, red and chartreuse, blue and chartreuse, and chartreuse and white.