A tale of three boots fit for fall 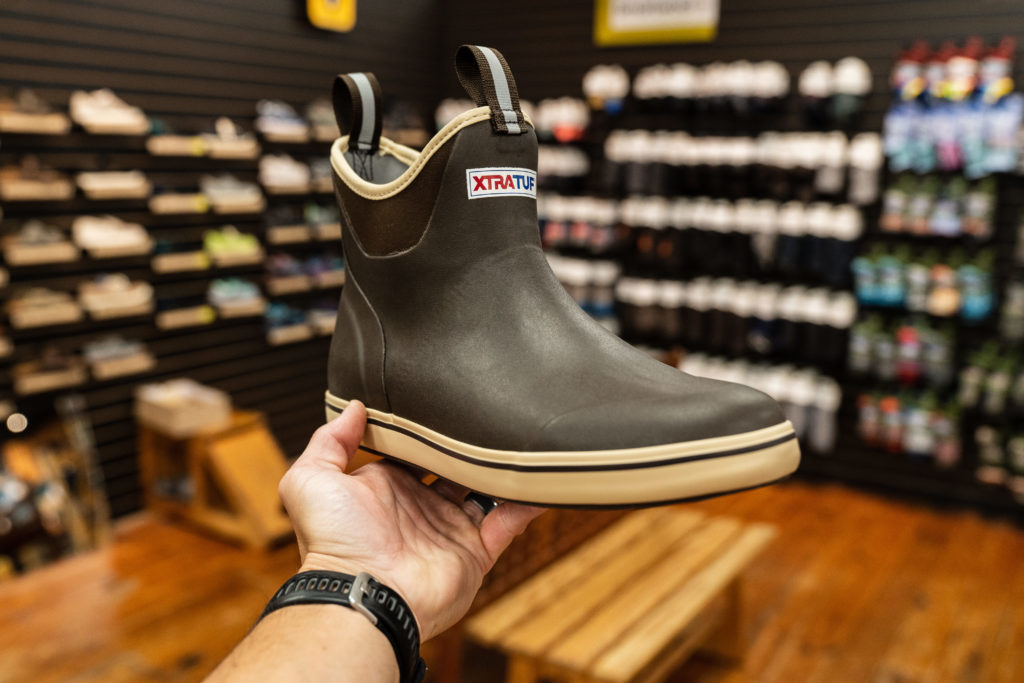 As we leave behind the sandals of summer, we seek more substantial footwear up for the rigors of fall and winter. Here are the short stories of three boots that are awesome for autumn.

It was the summer of 2012, and Chad Pickens was walking down the street in Anchorage, Alaska. He was awestruck by Alaska in general — by the glaciers, by the highest mountains in North America, by the vastness of it all. But he was also taken by a boot he kept seeing.

“It was the XTRATUF deck boot,” says Chad, now manager of our Chapel Hill shop. “I tried to find a pair, but couldn’t seem to locate any. I was told they were in hunting supply stores, but I couldn’t find any.”

Same thing when he returned to North Carolina: the XTRATUF was nowhere to be found. That fall he went to the Outdoor Retailer show in Salt Lake City (since relocated to Denver), and managed to find a pair. Good for the cold and wet of Alaska, ideal for the warm and wet of North Carolina.

Sure would love to have these in our stores, Chad thought.

And today, they are.

Affectionately, Chad picks up an XTRATUF Men’s Ankle Deck Boot and ticks off the reasons for his infatuation: its grippy, slip-resistant sole, its waterproof exterior, it’s comfort. “It’s easy to slip on to go outside and run with the chickens.” (Chad and wife Aubree have chickens; “run with the chickens” is less Pamplona, more collecting eggs each morning at the crack of dawn.)

“It’s nothing fancy,” says Chad. “It’s no frills, and it’s decent looking.” A boot with versatility, be it a trip to the store in the rain or a dewey early morning egg harvest. 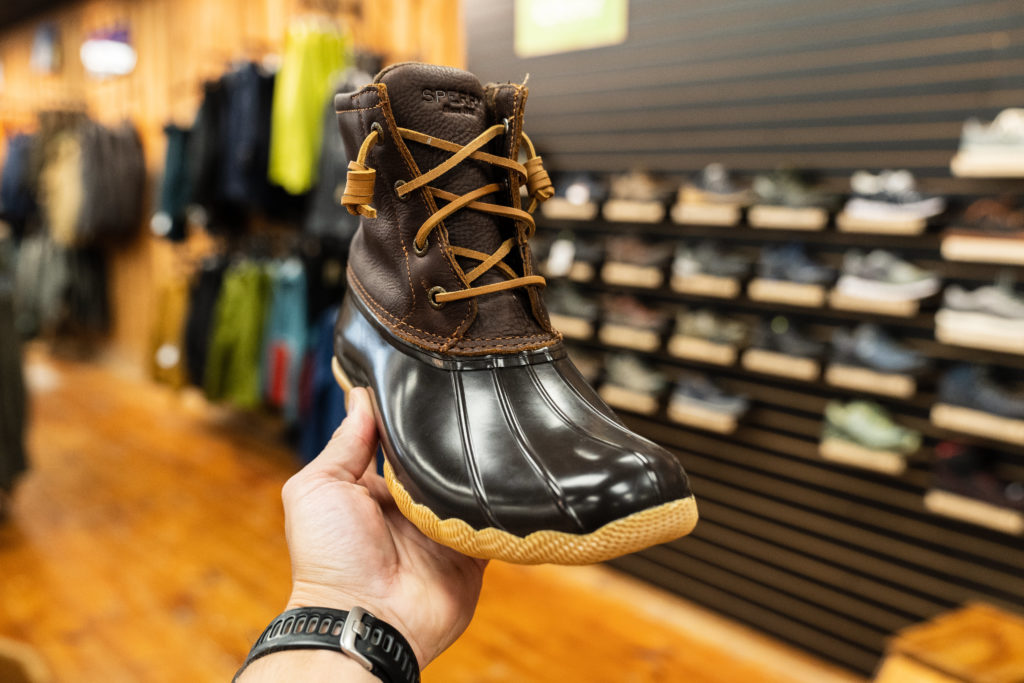 More than a century ago, a certain well-known provider of outdoor gear based in Maine came up with a boot that would become inextricably tied to its brand. The boot had a rubber sole, leather uppers, and was named after the waterfowl its wearer tromped through wetlands in pursuit of.

So popular was the boot that demand exceeded supply. Other manufacturers of sporting apparel took note. Similar boots began to appear. One of which was the Saltwater Duck Boot from Sperry.

Form and function define this boot. The bottom three inches are rubber, including a grippy soul. Next, the leather upper that appears to lace. Really, though, what keeps the boot in place is a side zipper. Zip up if you need protection from the elements, let it down if you’re more into relaxing comfort. Speaking of comfort, there’s also the micro-fleece lining, which provides not only extra cushion, but added warmth on those cold (and wet) weather outings.

In short, if you could have just one boot going into the cold and wet of winter — a boot for tromping out to the car on a cold, wet winter morning, a boot for casual dining at the local brewpub — this would be it.

Google “hipster boots” and you get a lot of images of footwear closely resembling the Sorel Madson™ Moc Toe boot. Its ankle height, its sturdy sole, its rugged, yet refined appearance: it’s the perfect marriage of oxfords and moccasins, wing tips and work boots.

“We get a lot of college guys, guys in their 20s and 30s who are interested in this boot,” says Chad. “I mean, I can easily see these with a suit or a sport coat, for casual day at the office.”

You can also see them doing some light hiking — with friends before heading for a beer, on a lark before heading to the coffee shop to get some off-site work done. To walk the dog around the neighborhood.

Worried about it looking too cool? Enhance that rugged appearance (it’s waterproof, too) by spending some time on the trail and earning a scuff mark or two. No one will accuse you of being a poseur.