The Mountains-to-Sea Trail: a year of growth, and more to come 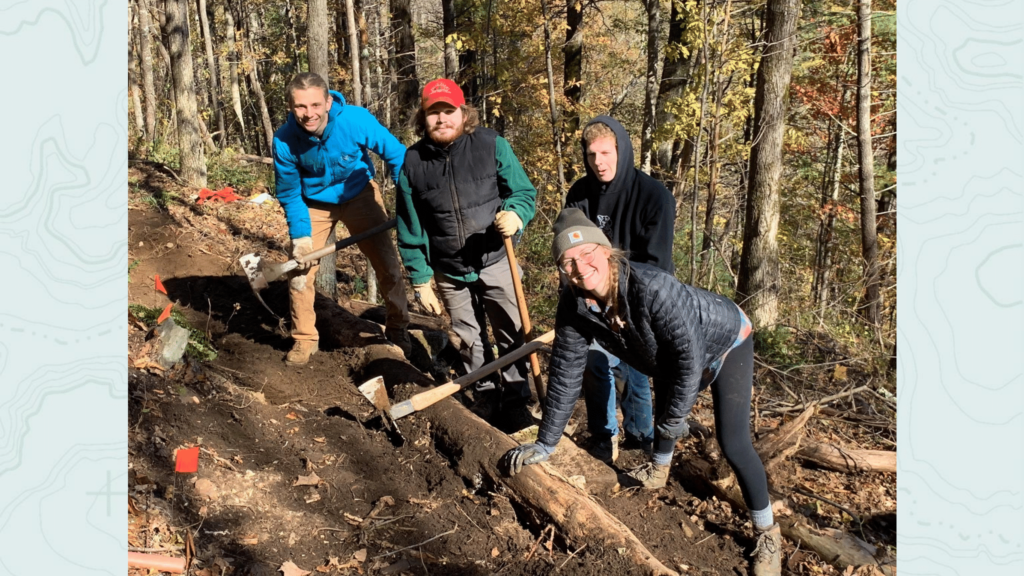 Volunteers like these drive (and build) the statewide trail.

My, how you’ve grown!

It’s a sentiment expressed frequently around birthdays, usually by great aunts to 8-year-olds they haven’t seen in a while. But it also applies to one soon-to-be 42-year-old we know: the Mountains-to-Sea Trail.

North Carolina’s statewide trail, linking Clingman’s Dome on the Tennessee line with Jockey’s Ridge on the lip of the Atlantic, turns 42 on Sept.9.

In just the past year, the MST has grown by 14 miles, to its current length of about 680 miles. We caught up earlier this week with MST Executive Director Kate Dixon to see where exactly the MST’s growth spurts have occurred.

It may only be a mile, but it’s an important mile, linking about 40 miles of trail coming out of the Smokies with 6.4 miles of trail along the Blue Ridge and down to Stone Mountain State Park.

“The trail is west of Waterrock Knob and goes over two tunnels on the Parkway,” says Dixon. “It keeps hikers from having to hike through the tunnels,” which, she adds, Parkway officials weren’t crazy about. “It also heads up a gravel road to the Mile-High Campground; it’s just a gorgeous stretch.”

Meanwhile, where the MST leaves the Blue Ridge Parkway at the Devil’s Garden Overlook there’s also been considerable progress. The stretch of trail dropping down the Blue Ridge Escarpment into Stone Mountain State Park suffered considerable erosion damage last fall; “That’s been repaired, a lot faster than we had hoped,” says Dixon. Trail connections within the park have created a continuous run of the MST over Wolf Rock and Stone Mountain to the park entrance — where another 1.7 miles of new trail extends the MST into the Elkin Valley. Kate says additional trail is open a little farther east at Carter Falls in Wilkes County.

The first stretch of trail in the 43-mile road route linking trail in Hanging Rock State Park to the Triad. It’s a little like visiting a mini-Hanging Rock, with waterfalls and alpine terrain. If you’re planning a visit, keep in mind there’s maybe another mile of trail in the Preserve that isn’t MST.

It may just be two-tenths of a mile, but it’s a significant two-tenths, linking about a mile and a half of MST to the east with a similar amount to the west. Now, in the Hillsborough area, it’s possible to hike on MST from Occoneechee Mountain State Natural Area, through downtown, out past the Occoneechee Speedway and through the Johnston Nature Preserve to U.S. 70, a distance of 3 miles.

The beauty of the MST through Kinston? You can either paddle it (the 170-mile paddle route extends down the Neuse River from Smithfield to the Pine Cliff Recreation Area on the north side of the Croatan National Forest) or, now, you can hike a new 1-mile greenway stretch along the river.

Inclusion of one of three remaining pedestrian-only ferries in the state, at Elwell Ferry Road, means a considerable amount of road walking is eliminated in favor of this 4.5-mile route.

Again, another new bridge, this one linking the mainland with Surf City, includes a pedestrian bridge, making passage over the Intercoastal Waterway oh-so-much safer. The new pedestrian passage is a key link in uniting 19 miles of MST through the Holly Shelter Game Lands with an 8-mile hike up the beach.

Hikers headed up the coast along the MST used to call upon trail angels of a different sort when they reached Oregon Inlet on the Outer Banks and were faced with crossing the old 2.6-mile Bonner Bridge. The bridge was built with cars and cars only in mind: not only did it rise high above the water below, not only was there only the slightest hint of a shoulder, not only did it have a modest guardrail, and not only did the wind blow like mad over the surface, but it was long to boot. The replacement Marc Basnight Bridge is longer, but is so much more pedestrian friendly, with a wide shoulder, letting you focus less on survival, more on the stunning view of the Pamlico Sound to the west, the Atlantic Ocean to your east.

Wondering how big the Mountains-to-Sea Trail will be by the time it turns 43? Here are the areas target for growth in the next year, says Dixon.

Segment 6: Connect Stone Mountain State Park to Pilot Mountain State Park through Elkin. A seemingly tall task, considering that as of now, the 67.4-mile stretch includes just 15.6 miles of trail (there’s 5.1 miles on gravel road and 46.7 miles of road walking). However, the dynamic Elkin Valley Trails Association has been extremely active in helping with this stretch of the MST, so expect considerable progress.

Segment 8: Hanging Rock State Park to Danbury. Currently, the MST piggybacks on Indian Creek Trail to the north end of the park, where hikers must then follow two-lane road into Danbury. Plans are in the works, however, to run the trail past Hanging Rock itself and exit the park on the east side, dropping down the mountain to Danbury.

Segment 9: Alamance County along Haw River. Another area of considerable recent growth. There’s currently 8 miles of trail along the Haw, including a short stretch in the Shallowford Natural Area and a longer run from Indian Valley Drive south through Glencoe down to US 70.

Segment 9: Discussions are underway with land owners and Orange County to bring the trail up from Saxapahaw to Hillsborough. 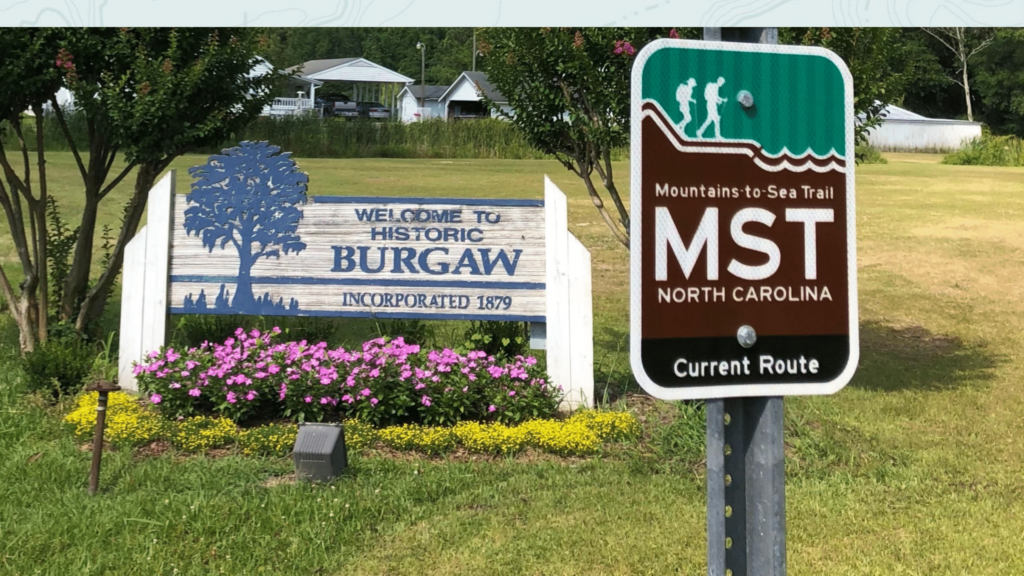 The MST marches through Burgaw.

Segments 12-14: Coastal Crescent. Watch for additional developments in the next year in this emerging stretch of the MST.