Hikers And Their Trail Names

It all started on the Appalachian Trail–so many people were hiking that it was easier to keep people straight if they were called by a nickname specific to them. Instead of Bob, Jan, Chris, Susan…they became Birdman, Gluten Puff, Gerber, Tiny Dancer.  Most hikers feel that their trail name says something about their personality, or history, that their given name never could.

How one goes about getting a trail name varies. Some choose their own before they ever start trail. Most wait to be dubbed until they have started hiking. This gives them the chance to develop their hiking personality and allows others to get to know them first, because the people around you are the ones who will find your name.

Sometimes it’s from an event on trail, like DK Shhh. She was night hiking and happened to veer off trail without realizing. Soon she found herself in a field of donkeys. With no donkey experience, she didn’t know what they would do if she startled them. So tiptoeing back, on a trail that turned out to be no trail at all, she found the PCT. Thus, Nina became DK Shhh, the donkey whisperer. 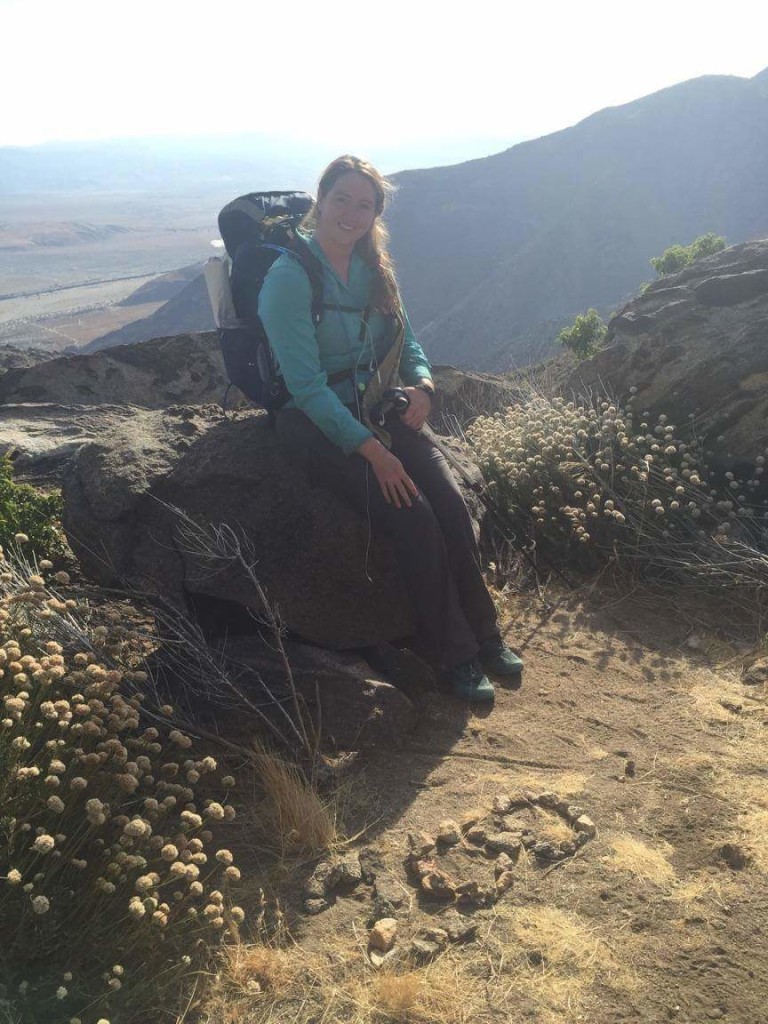 Other times a trail name is based on a place you love or where you are from.  Tim is from Wisconsin and grew up on  the Saint Croix River. Because he loves the area so much he couldn’t stop talking about it and telling stories when he started the AT in 2013. So Tim became St. Croix and chose to keep that name for his PCT hike this year.

Many times it is based on the gear someone is carrying. Oz has pared his pack down to a 7lb base weight and even wears a calculator wristwatch so he is constantly aware of how much weight he is carrying, so he became Oz (ad in ounces). Ross carries a children’s guitar, egg shaker, and small tambourine so everyone can be involved in making music. So Ross became Maestro.

Often times a trail name comes from a personality trait or physical trait. Leslie seems to constantly lose things, but inevitably she finds them…eventually.  So Leslie became Lost and Found.  Tommy couldn’t wait to start the AT, a dream of his since he was 12 years old, so he couldn’t stop talking. He wanted to meet everyone! A trait of his to this day. So Tommy became Chatty Kathy. When I began the AT I tended to set the pace each day for those hiking around me. This continued as I entered the Smokies with a group of about 6 guys. They found out that I am Native American and decided I was not just hiking with them, I was leading them to Katahdin. So Jaala became Sacagawea.

Regardless of how a hiker gets their trail name, most begin to identify with it–even introduce themselves to townspeople by that name. It soon becomes, not just a trail name, but a real name. However, it’s not mandatory to have a trail name as a thru-hiker. Some people prefer their given name. Others do not like the trail names people have tried to give them. Do not rush into a trail name just to have one. Some hikers get theirs the first week. Others don’t get one until they’ve hiked over 1,000 miles. Either way, you should enjoy your name, and your time on trail.