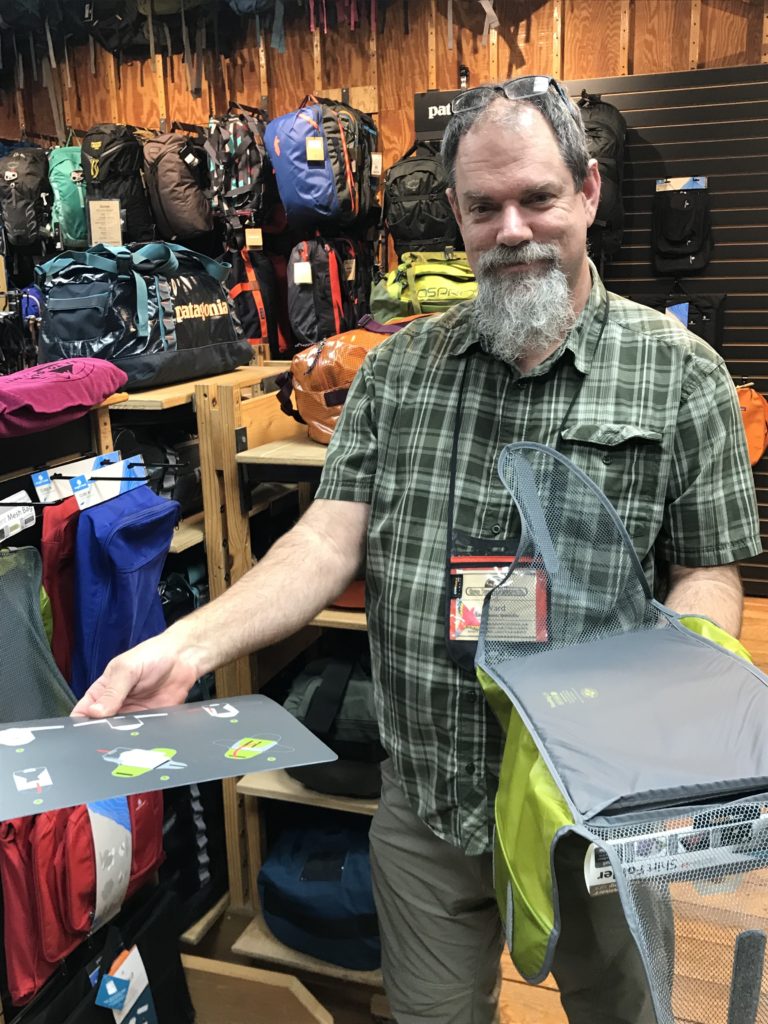 Our Ward Swann is no stuffed shirt, but he does appreciate a good shirt stuffer, such as the Eagle Creek Pack-It: use the folding board to fold the shirts you want to keep wrinkle free, then stack them in the Pack-It Folder.

When Ward Swann and his wife, Mylinda, decided to travel to Namibia last year, they were primarily  interested in visiting the famed Skeleton Coast, where treacherous seas and shifting sands have littered the coast with shipwrecks, those shifting sands placing some rusting hulks unusually far inland.

“We never actually made it to the shipwrecks,” Ward, head of our Triad paddlesports department, says with a wry grin. “There was just so much else to do.” Like paddling Walvis Bay, where the bold (“I wasn’t) can pet seals, and taking a self-guided photo safari amid elephants and white rhinos that aren’t as docile as they might seem, and trekking amid some of the world’s tallest sand dunes at Sossusvlei.

The two-week adventure was a trip full of surprises, the surprises you like to have when you travel. Like wondering what’s around the next corner navigating the streets of Marrakech, or what to expect when you order balut in the Philippines. Those are the surprises Ward likes in his annual two-week travels to distant parts of the globe. The surprises he doesn’t like come from not being prepared when he travels. He’d like to make sure you aren’t similarly surprised on your travels, with these gear recommendations. 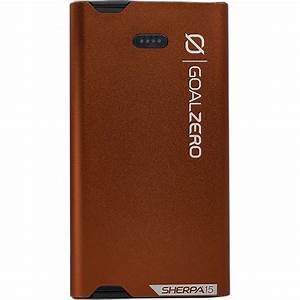 “Always remember the ABCs of travel,” says Ward, “as in Always Be Charging.” Be it your camera, your phone, your tablet, you need to have juice where you can get get and store it. That’s why Ward packs the compact Sherpa 15 Power Bank Micro/Lightening from Goal Zero. Hate having to deal with a bunch of charging cables? The Sherpa 15 has ‘em built in. Takes a full charge from an outlet in just 2.5 hours (between 4 and 8 hours with Goal Zero’s Nomad 7 Plus portable solar charger), and delivers up to one full charge on most smartphones. About the size of a regular smartphone. Learn more here. 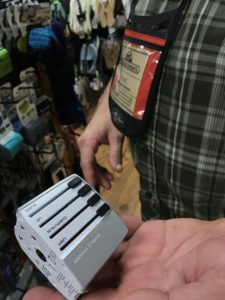 There’s nothing worse when traveling abroad than that feeling of being powerless. A valid concern, considering what a challenge it can be to keep track of which country uses which type of outlet. Not a problem with the the SKRoss Pro World adapter, which, with a slide of its buttons produces a converter guaranteed to work in 205 countries. “It’s the Swiss Army Knife of adapters,” says Ward. Learn more here. 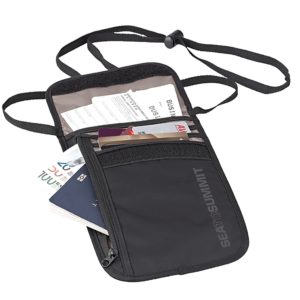 Ward’s a big fan of the Sea to Summit Traveling Light Neck Wallet RFID. Light and flat, the TLNW holds all your valuables — money, credit cards, IDs, traveler’s checks (remember those?) — and with its thin strap lets you drape it over your shoulder and discretely wear it inside your shirt, deterring traditional pickpockets. And, it deters electronic pickpockets as well, with its RFID protection, meaning they can’t surreptitiously scan your cards. Learn more here. 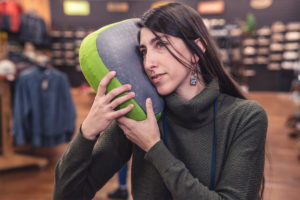 Another unpleasant surprise: a long-lasting crick in your neck from 50 hours of travel (the time it took to get from RDU to Namibia, says Ward). Ward that unpleasantness off, advises Ward, with the Sea to Summit Aeros Pillow Ultralight Traveller. This uberlight (2 ounces) pillow stashes tiny when not in use, quickly puffing up when duty calls. “I like the horseshoe shape because it keeps your head from drifting off to the side,” says Ward. Learn more here. 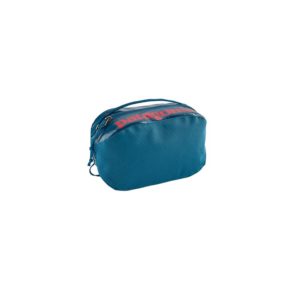 You’ve got things to do on vacation! The last thing you want is to waste time searching for your stuff. That’s why Ward loves Patagonia Black Hole Cubes for packing. Zip it open to reveal two compartments, each contained by a see-through mesh cover. Socks on one side, undies on the other; t-shirts over here, shorts over there; dirty clothes vs. clean clothes — however you want to arrange things. Pack your cube, then toss it in your pack. Comes in small, medium and large. Learn more here. 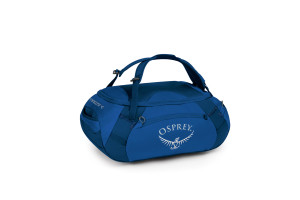 Those Patagonia Black Hole Cubes will help make it easier to fit all your gear into one carry-on pack, and that one pack, says Ward, should be the Osprey Transporter 40L. “It’s the perfect size for carry-on,” says Ward, “not just in the U.S., but in Europe as well.” No more keeping your fingers crossed when the flight attendant comes looking for over-stuffing. It’s got a handle, it’s got shoulder straps, it’s got pockets, including Ward’s favorite. “Watch this,” he says, pretending to stow his gear in the overhead bin before takeoff, “there’s a pocket in the end, so you can have quick access to what you need during the flight.” Learn more here.

Check out these previous posts from the current Travel season:

Sleep, Security and Style: the 3 S’s of Travel Gear

Gear up for Travel Season

There’s no Mystery About Why You Need This Travel Bag