Shoes (or are they sandals?) for amphibious summer fun 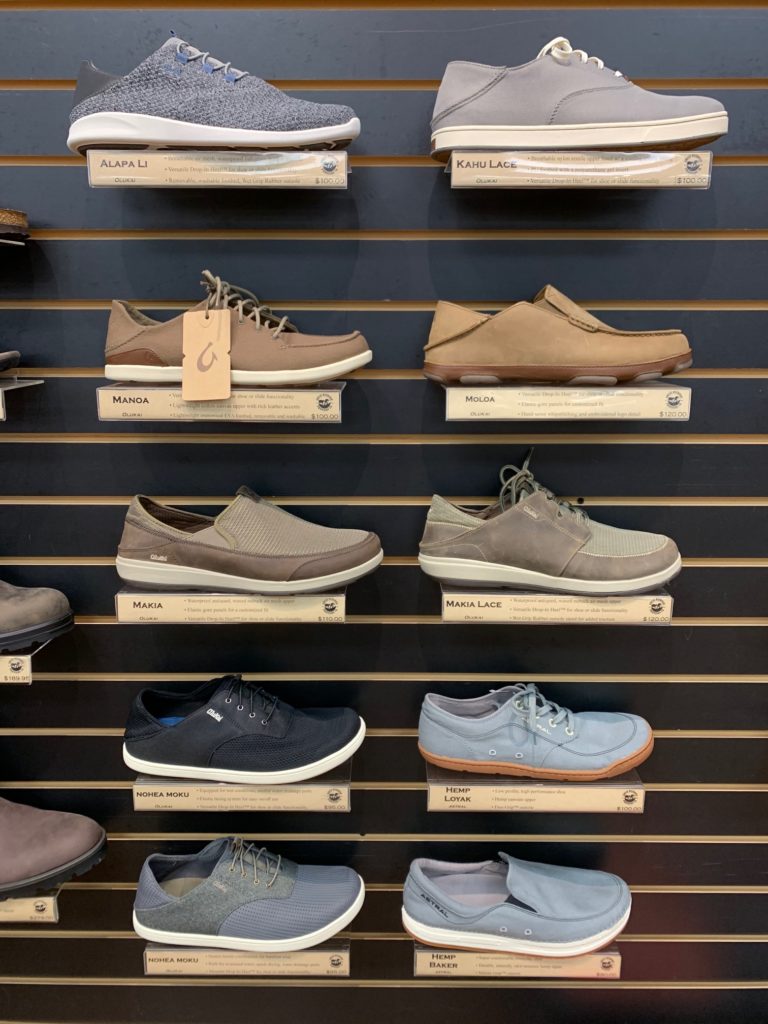 Our Wall of Amphibious Footwear

We were eating lunch on day two of our backpack trip to Wilson Creek when I noticed Brandon eyeing my shoes, which were surprisingly dry after a morning of water crossings.

“Those the shoes you just crossed the creek in?” Brandon asked.

“And didn’t you backpack into camp yesterday in those?”

I answered again in the affirmative, adding, “They’re also my camp shoes.”

“Dang!” Brandon finally replied. “I need to get me some of those.”

High praise indeed coming from Brandon, who wears the Gear Geek crown in our GetBackpacking! community (a community with no shortage of pretenders to the throne).

The shoes in question? My Merrell Choprock Sandals, which I bought a couple months with the hope they could be my only summer exploring shoe, for hiking (even with a 22-pound pack); for multiple stream crossings, where stability, grip and drainage are all essential; for lounging around camp, where comfort is key; and even for stopping at a brewpub on the way home for a burger. At Wilson Creek, where rocky terrain and water abound, my Choprocks were easily passing the test. And not just in my book, but Brandon’s as well.

Just the right amount of airspace, a sturdy rubber toe guard, a heel that doesn’t bind (but stays put), a perforated insole that pops out for quick drying (over lunch, for instance) and a grippy Vibram sole — no wonder Brandon has to have them.

When he hears about some of the other great water shoes out there, he’ll probably need to have those, too …

Learn about the men’s Choprock here, the women’s here.

You might not think so to look at them, but the Astral Brewer 2.0 and Brewess 2.0 share many of the same adventure traits as the Merrell Choprock Sandal. For starters, they also look like a shoe you’d be comfortable wearing into a restaurant for a post-hike feast. And while they aren’t webbed, if you look closely you’ll notice they have tiny ports, all the better to drain water with. Flip ‘em over and you’ll notice a grippy sole, and if you look even more closely you’ll see little slits — or “sips” as they’re called in the trade, which give you better traction.

Those two features, the ports and the sips, reflect the Brewer’s origins as a boat shoe. But those features, along with a sturdier insole, make the Brewer/Brewess a good hiking — even scrambling — shoe. (I’ve hiked more than 5 miles on rolling, rocky, rooty Piedmont trail in my Brewers.) Its mingling of canvas and mesh for the uppers makes for a sturdy shoe that breaths. Another versatile “water shoe.” $110.

Learn more about the Brewer 2.0 here and Brewess 2.0 here.

Immediately, you’re drawn to the word “Hemp.” What’s that mean in the context of a shoe? “We’ll, it’s a natural material for one,” says Chad Pickens, manager of our Chapel Hill shop, “and natural material is important to a lot of people.” As for hemp’s shoe-friendliness, Chad says it makes the shoe “super durable,” which is huge for a shoe intended to spend its time in and out of water. This shoe is especially true to Astral’s roots: the Asheville-based company got its start making great PFDs, then graduated to boat shoes. And this one, says Chad, with it’s minimalist profile,“fits in a kayak really nicely. You can feel the footbraces better.” $100

Learn more about the Astral Hemp Loyal, which comes in unisex sizing, here.

Another water shoe with multiple personalities. At first glance, you think hipster — you know drinking a bloody mary out of a lightbulb or living in a loft with table lamps hung from the ceiling. But unlike horn-rimmed glasses with no lenses, these Oxford lookalikes are the real deal.  The rubber cupsole with razor siping (those tiny slits we mentioned earlier), give great grip; the upper is mesh (though it’s hard to tell), letting hard-playing feet breath easier; and the no-tie laces — where were the Mokus when we were in preschool!? Plus: feeling casual? The heel flips down to turn the shoe into a slip on. Need to dress it up? Back up go the heels. A shoe for all reasons. $95. 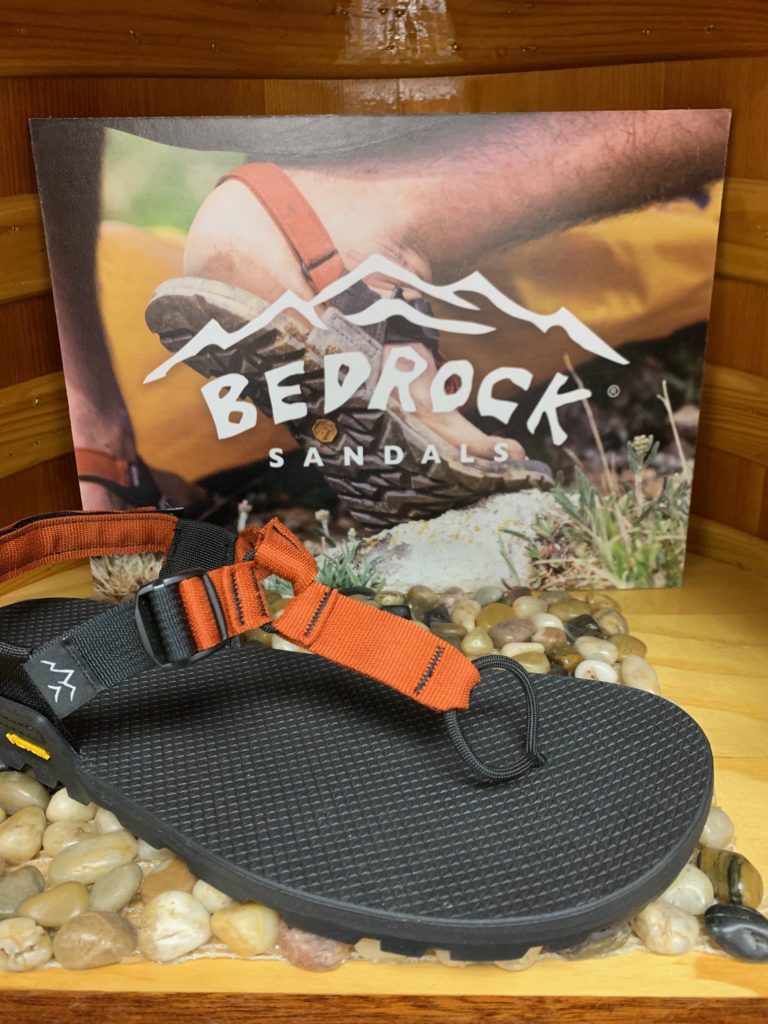 We’ve often wondered whether Fred Flinstone’s car would have gotten better mileage if he’d worn shoes. Remember how he had to run in place for several seconds to get the car in gear (traction)? And those quick stops had to be hard on the heels (ouch! ).Just imagine the performance he would have gotten wearing the new Bedrock Sandal, a minimalist sandal that’s basically a low-profile Vibram sole wed to simple web straps. They’re reminiscent of the sandals worn by the perpetually running Tarahumara people of Mexico, but in fact are the result of years of field testing aimed at “creating the most dirtbagproof footwear.” A shoe the right adventurer could easily live in fort he summer — and beyond. $120.