Vote! At the polls — and with your feet 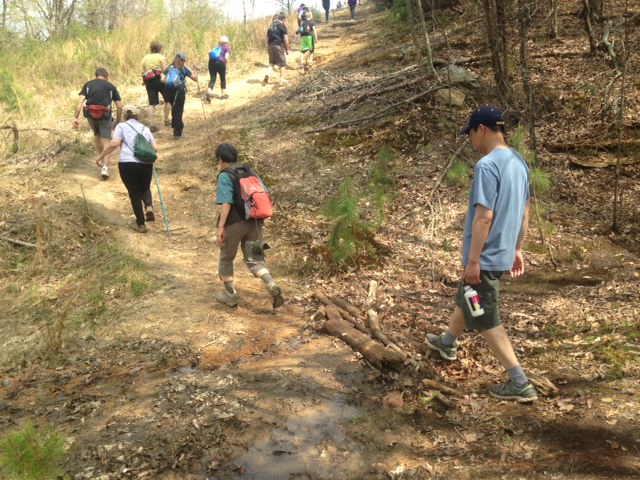 When it comes to our love of the outdoors, there are two ways we tend to vote.

First, we vote at the polls, and there’s no more telling result of how we feel about the outdoors than when the outdoors is on the ballot: when it is, it wins in a landslide. Consider:

The list goes on. When open space, when parks, when greenways and trails are on the line, we vote overwhelmingly in their favor.

In addition to these periodic ballot initiatives, when we’re asked to put our money where our passion is, we also vote overwhelmingly on another level.

According to the Outdoor Foundation, which tracks participation in a variety of outdoor pursuits, nearly half of the U.S. population age 6 and older participated in some outdoor activity at least once in 2017. Of those 146.1 million Americans, 20 percent were outside playing at least twice a week. And the region of the country with the highest rate of participation? The South Atlantic, which includes North Carolina.

Those numbers are borne out by record attendance at our favorite places to explore.

For instance, in 2017, North Carolina State Parks set a fourth straight year of record attendance, with 19.4 million visits registered to the state’s 39 parks, recreation areas and natural areas. That was a nearly 3 percent increase over 2016, a year that saw park attendance leap by 50 percent in just a decade. (In part, the growing popularity of our parks reflects the wisdom in 1993 of spending $35 million to improve and expand our parks.)

“It’s great to see more and more people seeking out our parks and enjoying some of the most beautiful places in our state,” Gov. Roy Cooper said of the 2017 attendance record.

Likewise, attendance was up in 2017 at two of the three most-visited National Parks in the U.S., the Blue Ridge Parkway, more than half of which is in North Carolina, and the Great Smoky Mountains National Park, which North Carolina shares with Tennessee. The Blue Ridge Parkway attracted 16 million visitors in 2017, the Smokies 11.4 million. Overall attendance at the nation’s 417 NPS sites was down slightly in 2017, attributed to the promotional activities supporting the Park Service’s 2016 bicentennial celebration.

“Our National Parks are being loved to death,” said Interior Secretary Ryan Zinke in a statement accompanying the announcement of the 2017 figures. The Department of Interior oversees the National Park Service.

“As visitor rates continue at a high level, we must prioritize much-needed deferred maintenance including aging facilities, roads and other critical infrastructure.”

You already vote effectively with your feet. This election season, follow it up at the polls.