Smartwool: a revolution in wool clothing 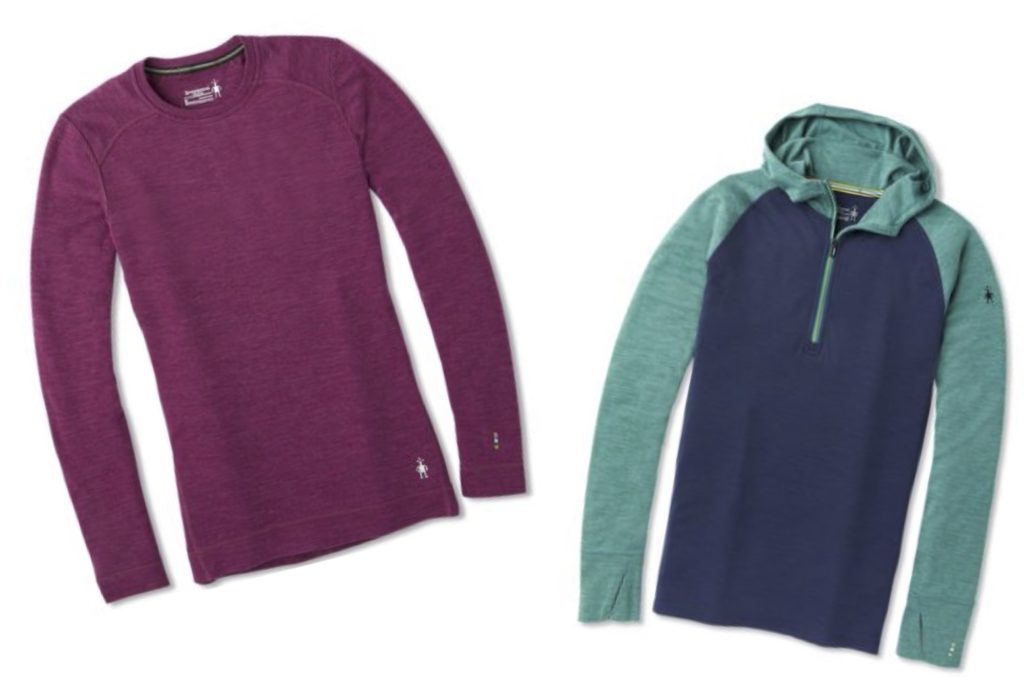 A long while back, somewhere around 400 BC to 300 BC, our shivering selves began to notice that even on the coldest nights, of all the critters in our midst, sheep seemed the warmest. Eventually, we figured out that their big, fluffy, fleecy coat must have something to do with it. So we figured out a way to harvest that coat, and wool wonderful wool, entered our lives.

This arrangement proved good for a long while. Sure, wool could be itchy, but but a little itch now and then beat freezing. Until something better came along, this would do fine.

Well, about 30 years ago, something better did come along.

“In the ‘80s and ‘90s, the synthetics really started to come along,” says Chad Pickens, manager of our Chapel Hill shop. “Fabrics such as Patagonia’s Capilene did a great job of doing what wool had done: keep you warm and dry.”

Just one small problem: they could, for more active individuals, get smelly. “The synthetic fabric, that’s what retains the bacteria that can cause odor after a while.” Wool, by and large, was impervious to a good funk.

Then, at the beginning of this century, wool started making a comeback. Smartwool discovered a type of sheep, Merino, whose wool was thinner and softer than other sheep wool. Smartwool figured out how to seamlessly weave these thinner strands together, leaving fewer of the loose ends that contributed to the scratchiness of other wool. This process also created a springier strand of wool, giving their garments a natural ebb and flow that, otherwise, lycra — a smell-attracting synthetic — would provide.

“If this stuff had been around when I was in college,” he adds, “I would have only needed one shirt. It’s got crazy performance.”

Since it’s introduction, Smartwool has only made Merino wool better. “There were some issues initially with how machine washable it was, but that’s no longer a problem. And the early patterns were kinda plane. But that’s really changed,” he says, picking a particularly festive top from the rack in his store.

Hikers, backpackers and other active types especially like how Merino wool keeps you warm and dry in cool weather. If that performance is what you’re after, Chad recommends the 250 gram weight. “It’s a good mid-weight base layer that’s most effective up against the skin and wicking away moisture and keeping you warm and dry. And that’s also part of the magic of Merino wool: it can wick that moisture in vapor form, before it even turns to liquid on your skin.”

Because of that springy weave, it tends to stay closer to your skin, making it easier to add a layer or peel one off: there’s no stripping off your outer layer only to have the loose-fitting base layer tag along.

“It’s especially good for stop-and-go conditions,” Chad adds. That is, when you stop, you’re not nearly as likely to get clammy and cold because the Merino wool continues to wick moisture from your skin.”

It’s a little pricey, Chad says, “but take care of it — follow the wash-and-dry instructions — and it will be with you for a long, long time.”

You can find and place on hold your Merino wool clothing on our website: go here for men, here for women, and under “Brand” click “Smartwool.”