Our next Peak Panel: Female AT Thru-Hikers of Great Outdoor Provision Co. 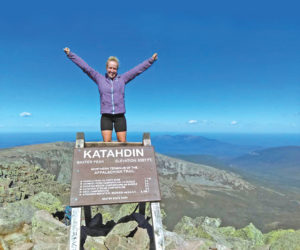 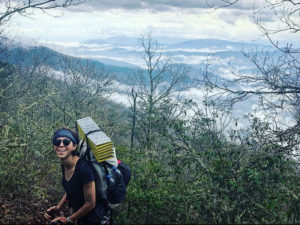 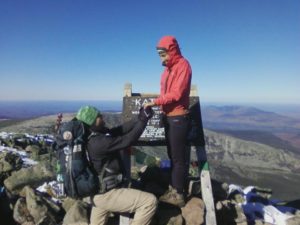 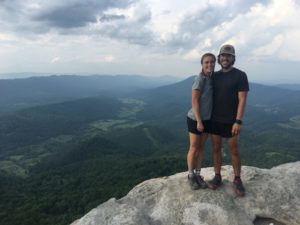 If you’re contemplating a thru-hike of the Appalachian Trail, you might want to steer clear of Airheads — the candy, not spacey hikers. They could pose the greatest danger you face on the trail.

Early on in your hike, before you’ve been christened with a trail name, you should be careful what you say to your fellow hikers: It might just result in your trail name for life.

You should also be advised that it’s possible to start the trail single and finish engaged to someone you met on Day 1.

And when you finish your thru-hike, you might want to take a few days to ease back into society rather than diving headlong into a three-day music festival that draws 25,000 people. That can result in a bit of culture shock.

This is just some of the advice you can expect to hear Wednesday, Sept. 25, at Peak Panel: Female AT Thru-Hikers of GOPC, an evening of insight and inspiration from four thru-hikers with roots in our stores:

Thru-hiker to be, or just AT curious?

The panel will be lead in a wide-ranging discussion by moderator Sarah Millsaps, who moderated our Peak Panel on climbing two years ago. If you’re contemplating a thru-hike, or even if you’re just curious about the AT experience, you’ll find these women inspiring and informative — and highly entertaining.

For instance, for many backpackers — even those out for just a weekend escape — tuna packets are a staple. High in protein and convenient, it’s no wonder. But apparently they can wear on you after a while.

“Tuna packets — they’re the worst,” says Candy Momma. “They smell so bad. I ate them for the first 500 miles.”

What didn’t she tire of?

“Velveeta packets,” she says. “And Pop Tarts. Wild Berry Pop Tarts, that was the only one I ate.”

You meet a lot of interesting folks on the trail, our thru-hikers agree. One of Cash Money’s favorites was Poncho, a guy from Boston “who became so obsessed with the trail that after his first thru-hike, he spent the next six months learning everything he could about the trail and making his own gear. We hiked in his orbit for about a month. … He opened the door to a whole parade of characters.”

Sacagawea recalls a lot of challenges on the trail, but one that proved particularly annoying: day hikers in the White Mountains of New Hampshire, near trail’s end, who would ask, “Do you think you’re going to make it?”

“I was a little offended,” she says, “but then I realized I had crossed a threshold, It was no longer a question of ‘if.’ At that point I knew that my body could do whatever it took. If I needed to hike 30 miles a day to finish, I could hike 30 miles a day.”

While some people hike the AT to “find themselves,” Little Bear knew who she was before she started. “I was already pretty self-aware,” the Pulaski, Va., native told her hometown newspaper, The Southwest Times, “and I felt like I knew myself pretty well. I was going because I felt like I could do this.”

She hiked the AT, basically, because it was there. The essence of exploring.

Thru-hikers look forward to their trips into town, often for the simplest of reasons. A shower. To do laundry. For a good meal.

Cash Money may never forget her visit to Swyft, a pizza joint in Kent, Conn. “They opened at 5:30 and we stayed until closing. We hung out at bar, and ate and ate and ate. The pizzas were so … delicate. You don’t get a lot of delicate food on the trail. They were personal size, with homemade mozzarella and sauce,” she says with a wistful air. At the end of the evening, she and her trail family of six were apparently so entertaining that their tab was comped, including a bar tab that, thanks to a bevy of tasty cocktails, “had to be $300.”

Candy Momma says she and her husband Jonathan, who hiked with her, tried to find the local joints, the diners with home-cooked meals. But they’d have to find them quickly coming into town because they were ravenous and she had a particular weakness for the other end of the culinary spectrum.

“We looked for McDonald’s,” says Candy Momma. “My husband and I were on a strict budget, and they were so good and super cheap.”

Candy Momma, if you haven’t gathered by now, is the one from the start of our story who developed a dangerous affinity for Airheads. But what was the danger? And Little Bear was the one who let slip a certain secret that resulted in her trail name: what was the secret? How did romance unfold on the trail for Sacajawea, and what was the music festival that greeted Cash Money upon her return? (Hint: it was in Raleigh and it was co-founded by her husband and fellow AT thru-hiker, Grayson “Gunner” Currin.)

For the answers to these and other questions of AT intrigue, you know what you need to do. Sign up below.

What: Peak Panel: Female AT Thru-Hikers of GOPC

Tickets: The event is free but seating is limited; you’ll need to get a ticket by going here.

For more on our Peak Panelists