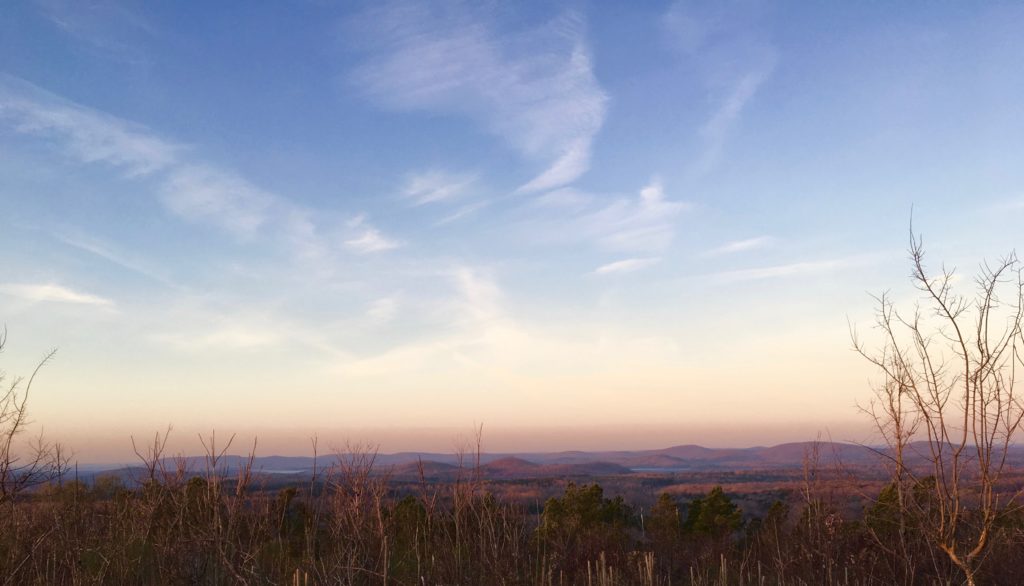 You know we can help you out when it comes to buying your adventurous mom the perfect gift for Mother’s Day (we shared some thoughts on that subject earlier in the week). But we can also help you if you’re flummoxed by where to take mom on her special day. We’ve got some thoughts on adventures that the whole family— and especially mom — will enjoy.

Possibly at the top of the list is the Triangle Land Conservancy’s Flower Hill Nature Preserve in Johnston County. Years ago, what is now Flower Hill was the place to take mom on Mother’s Day because the rhododendron bloom. If you aren’t familiar with local geography, Flower Hill and Johnston County are in the coastal plain; rhododendrons typically grow in the mountains. They grow here, however, because of a geographic anomaly that has maintained a cool microclimate since the last ice age some 10,000 years ago. The anomaly is a north-facing cliff that stays cooler than the surrounding, exposed flatland: hence the cool-weather rhododendron. In 1937, for instance, upwards to 5,000 people showed up for the bloom (which is among the state’s earliest rhododendron blooms; Roan Mountain’s famous rhododendron garden at 6,000 feet, by comparison, doesn’t bloom until mid to late June. The trail in to the rhoda-bearing bluff is just a half mile long.

Learn more about Flower Hill and plan your visit here. 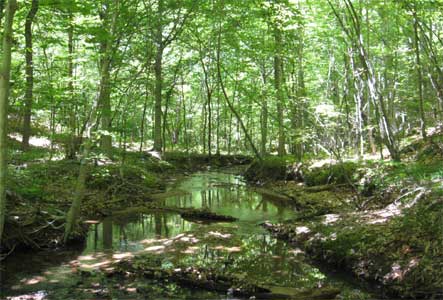 This 189-acre preserve north of Greensboro is the result of a love story. When land owner Paul Knight, who was originally from Stokesdale, died, he left the land to to his partner Cecilia Brown. Brown knew how much Knight loved the land; to honor that love, she donated the land to the Piedmont Land Conservancy in 2008. The PLC knew the rest of us would love the land as well, and worked to make trails and open it to the public. Today, there are four trails with just under 4 miles of trail that explore the Belews Creek valley, a hillside of giant beech trees and parallel ridges that isolate the preserve from the outside. Even on a hot day, the expansive canopy makes this one cool place to explore.

Back in the 1970s, Asheboro Boy Scout leader Joe Moffitt decided to build a 50-mile trail down the spine of the Uwharrie National Forest. It’s a spine pocked with a lot of private land, however, which required the affable Moffitt to make a slew of handshake deals with local landowners. The 50-mile Uwharrie Trail lasted into the 1980s, but then land began changing hands and new owners weren’t always keen on having a trail in their backyard; by the early ‘90s, the trail had dwindled to less than half the length of its prime. But thanks to efforts by local volunteers, the Uwharrie Trailblazers in particular, and the LandTrust for Central North Carolina, the trail is growing again, and one of its most recent additions is also one of its most spectacular: Little Long Mountain. From the Joe Moffitt trailhead off Thayer Road, it’s a 0.8-mile climb to the summit, a summit that offers 240-degree views of the surrounding Uwharries, easily the best view in the region. A generous shelter makes a nice place to picnic. 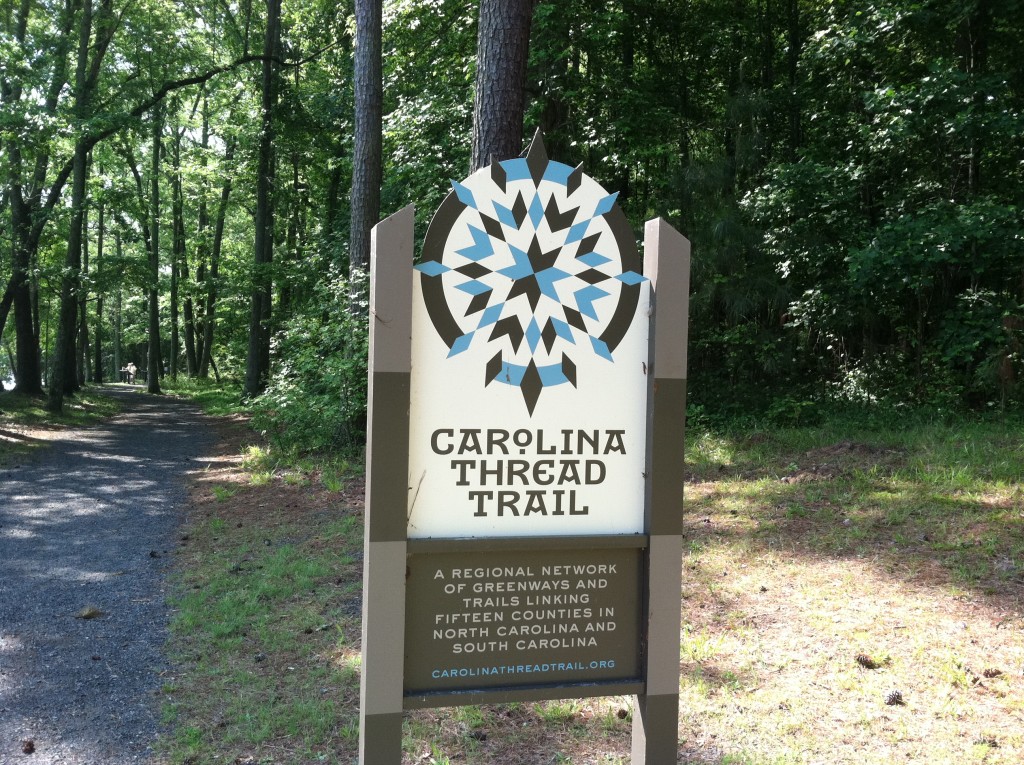 Looking for an escape close to home? The Carolina Thread Trail is currently all about little escapes. Sprawled across 15 counties and two states, and immediately accessible by 2.3 million people, the trail currently consists of 260 miles of trail and 170 miles of blueways (river trail). Eventually, the plan is to link all these sections, but for the time being it consists of more than 100 individual trails typically 2 to 4 miles in length. Mom not crazy about natural surfaces but loves walking in the woods? You can search for just such a trail. Maybe she’s more of a mountain biker — you can search for trails that are fat-tire friendly as well. Got a horse? That’s covered, too.

See what trails are close to you and what you can do on them by visiting the Catawba Lands Conservancy-sponsored Carolina Thread Trail map here.

Maybe you’re contemplating a weekend escape to the mountains with Mom. One of our favorite destinations: Johns River Gorge just outside Blowing Rock. Part of a trail network opened by the Mayview Manor Hotel in the 1920s (trails were once a popular amenity for swanky mountain hotels), the Upper Thunderhole Trail packs a lot into three miles. It starts in a jumble of sizable boulders, then enters the Pisgah National Forest and also spends some time on National Park Service land. You may also see some rhododendron and mountain laurel in early bloom, and, if you’re lucky, the Virginia Big Eared Bat, often confused for a clump of dead leaves hanging from a limb. Post hike, retreat to Blowing Rock for a Mother’s Day meal.