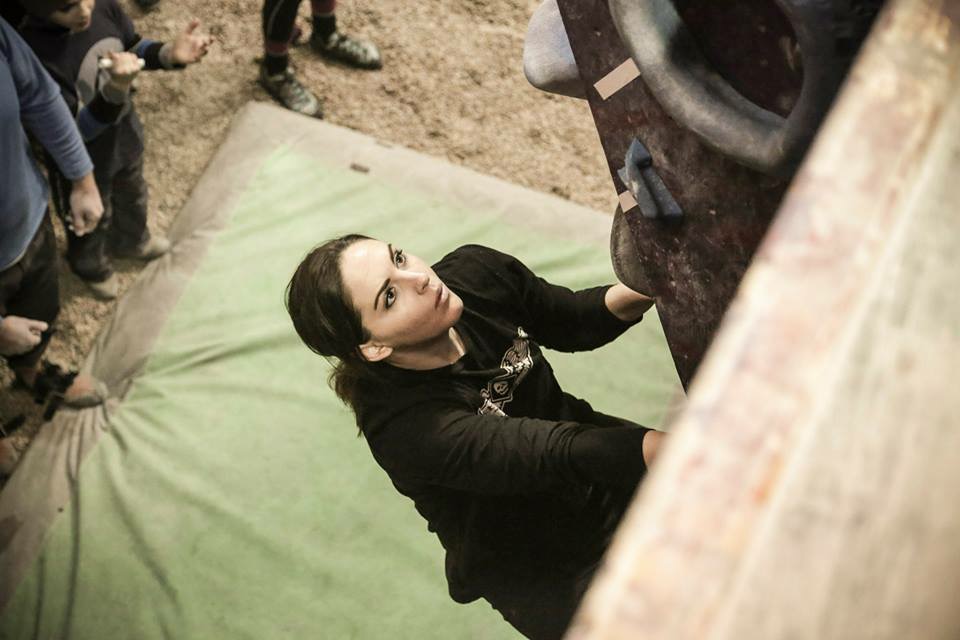 For the next little while, we’ll be profiling the folks who are the backbone of Great Outdoor Provision Co. Though their roles may differ — from outfitting you for adventure, to managing stores, to determining the gear we carry — they share one uniting trait: a love of outdoor adventure. Today: Gwen Christensen, assistant manager in our Virginia Beach, Va., store.

Growing up in the vast Piney Woods of southeast Texas, Gwen Christensen had what many of us would consider an idyllic childhood.  “We’d run around all day long, building forts, climbing trees,” recalls Christensen, assistant manager and charter member of our year-old Virginia Beach, Va., shop. “We had horses, pigs, goats. It was very much a farm lifestyle.”
Her free rein to explore the dense woods, home to a who’s-who of southern pines and hardwoods and an equally rich collection of critters, from armadillos to alligators, was complimented by trips out west with her father, to the Grand Canyon, Lake Tahoe and the like. By the time she was 18 she was ready for true adventure.  She joined the Marines.

“A lot of mandatory camping went on there,” Gwen recalls her days hiking up to 15 miles with 40 or 50 pounds on her back. “Always being outdoors, in the middle of the desert at night, with all the stars out. Maybe we were doing something that wasn’t the most fun, but we were still outdoors. The air was refreshing.” And, again, at night, all those stars.
Today, Christensen, who is 35, her 12-year-old daughter Ashley, and her husband Ryan (who is in the Navy), enjoy an adventurous life in the Tidewater region, hitting a local climbing gym and local adventure hot spots when they have a free minute or two, heading to Shenandoah National Park  when their recreation window is a bit wider. 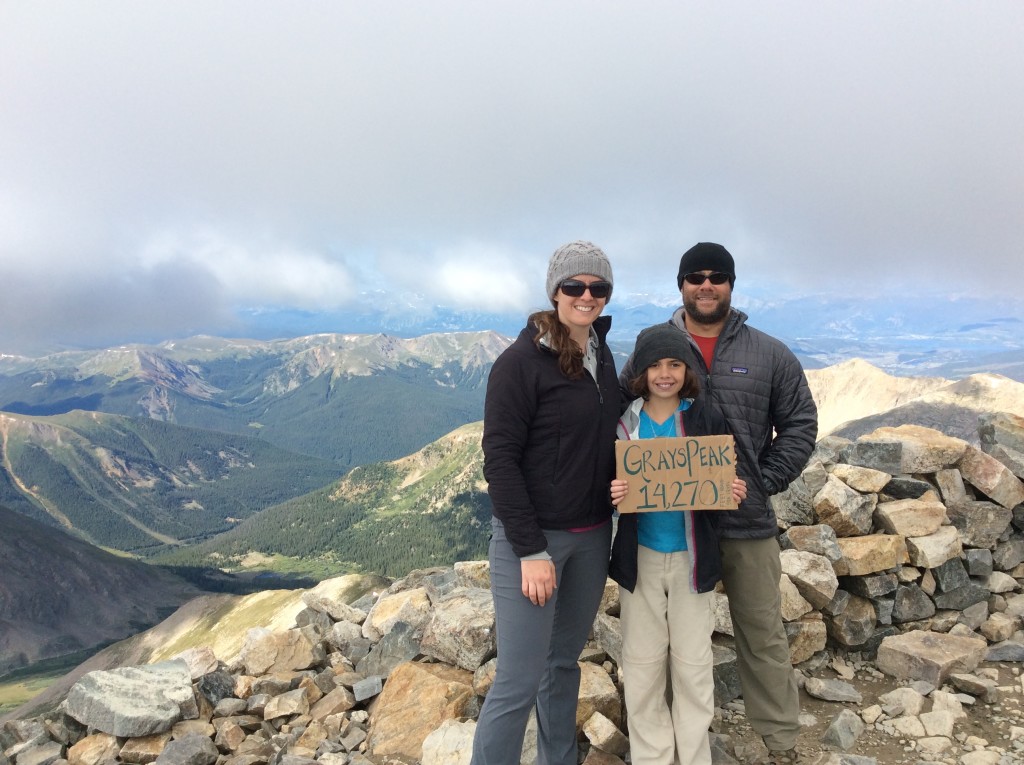 We caught up with Gwen during a break at the store to ask a few questions:

Q: Who — or perhaps what — inspired your that first outdoor adventure?

“The Marine Corps,” she says after giving it some thought. “The notion was, ‘All right, you’re gonna go out and do this, take heavy packs on long hikes.’ You wind up pushing yourself further than thought you could go.” To be clear, it wasn’t the agony part that she embraced, it was the reward, those brilliantly lit night skies after hiking all day through the desert.

She saw that same inspiration in daughter Ashley last summer on a trip to Colorado. The family was hiking 14,278-foot Grays Peak and Ashely wasn’t exactly enthralled with the breathtaking, literally, climb up. Gwen and Ryan advised her to take it one step at a time, just make it to the next switchback turn. “When she got to the last 20 yards, she bolted to the top.” The 360-degree view from the summit — to neighboring Torreys Peak (14,267 feet) a short saddle away, to fellow Fourteeners Mount Evans and Bierstadt, to Stevens Gulch below — was more than sufficient reward.

Q: Where in the Tidewater area do you escape to for a quick adventure?

“In Virginia Beach, when I have time before work in the morning, Breck and I run the trails at First Landing State Park. They’ve got a lot of good trails.” (Nearly 20 miles, in fact, the longest of which is the 6-mile Cape Henry Trail.)

“We also like to take our bikes to Back Bay. They have good trails.” That’s Back Bay National Wildlife Refuge  south of Virginia Beach, where miles of dirt access roads are open to cyclists.

Breck, by the way, is Gwen’s 6-month-old Alaskan Malamute, who customers of the store likely recognize. “Customers sometimes call to see if he’ll be in the store before they come in,” says Gwen. Part of Breck’s attraction: simply watching him grow. When he first came into the store at 6 weeks, he weighed 20 pounds; less than five months later he’s up to 80. (“He’ll probably get up to 100,” says Gwen.)

Q: Among your climbing pursuits, what is your favorite climbing story?

“Last summer, Ryan and I went up to Old Rag in the Shenandoah,” recalls Gwen. It was their first trip to what Mountain Project calls “the traditional climbing crown of Virginia,” and one of the couple’s first attempts at trad climbing — or setting your own protection as you ascend.

“We greatly underestimated the place,” Gwen says, referring in part to the arduous hike in carrying an arsenal of gear. “We’re on the first route, I’m belaying him,” she recalls as Ryan ascends the first pitch. He places the first protection, a second, a third, a fourth. “Then, he fell.” He was about 40 feet up at the time, his last protection maybe 10 feet below, meaning a worse-case fall of 20 feet.

“I caught him,” she says. “It was great to know that our gear worked.”

A bit terrifying, perhaps. “But that’s what I love about being outside. You’re always learning.”

Q: What is your choice for footwear in sport climbing?

“The La Sportiva Miura,” she responds without hesitation. “It’s more of an aggressive shoe, with nice toes to grab on with, but it’s not overly aggressive. It’s not a shoe that’s no fun to wear for an extended period of time.”

Q: Where do you like to get outside with your family?

When they have the time to make the 3- to 4-hour drive (“Depending on Virginia Beach traffic”), the family heads to Shenandoah National Park. They’re particularly fond of Old Rag, but, she adds, “there’s a lot along Skyline Drive that’s nice and accessible for easy hikes.”

Q: How did your service in the Marines play into your love of the outdoors?

“There’s a phrase in the military,” Gwen says, ‘Embrace the suck.’ “ Essentially, she explains, it means, put up with the pain and the reward will be worth it. It’s powered her through long hikes, through long approaches to a climb (see No. 3, above), through her more grueling adventures.

Q: What’s a life lesson for outdoor adventure that you can share with customers?

Gwen thinks back to that day last summer slogging up Gray’s Peak with her daughter. “It’s about learning how far you can go. It’s about keeping going to that next switchback to reach that beautiful view at the top.”