How to Cast a Fly Rod

Casting Notes:
Cause and correction of tailing loops
A tailing loop results when the caster fails to create a stroke with a straight path of the rod tip. The line follows the path of the tip.
To open your loop, the tip of the rod follows a convex path, like a windshield wiper blade. Sometimes you want to open your loop to cast heavy sinking flies and indicators. This permits the fly and indicator to be cast without hitting the line. If you open your loop too much you can reduce the amount of forward energy to the point where the cast will only go a short distance. It’s important to know how to make an open loop because this will also help you learn how to close that loop which creates more effective forward energy transfer in a tighter loop.
So what can cause the rod tip to not travel in a straight path?
When the rod tip travels in a Concave path or a dip. And what causes that?
Stroke too short to put adequate bend (load) in the rod
Improper power application (not evenly accelerating to a stop)
Creep (starting you cast too soon) which results in a short stroke
Pushing rod through the stroke (instead of pulling)
Stopping the stroke too soon
Putting too much power into the forward delivery cast (improper power application)
Same with the double haul (improper power application) 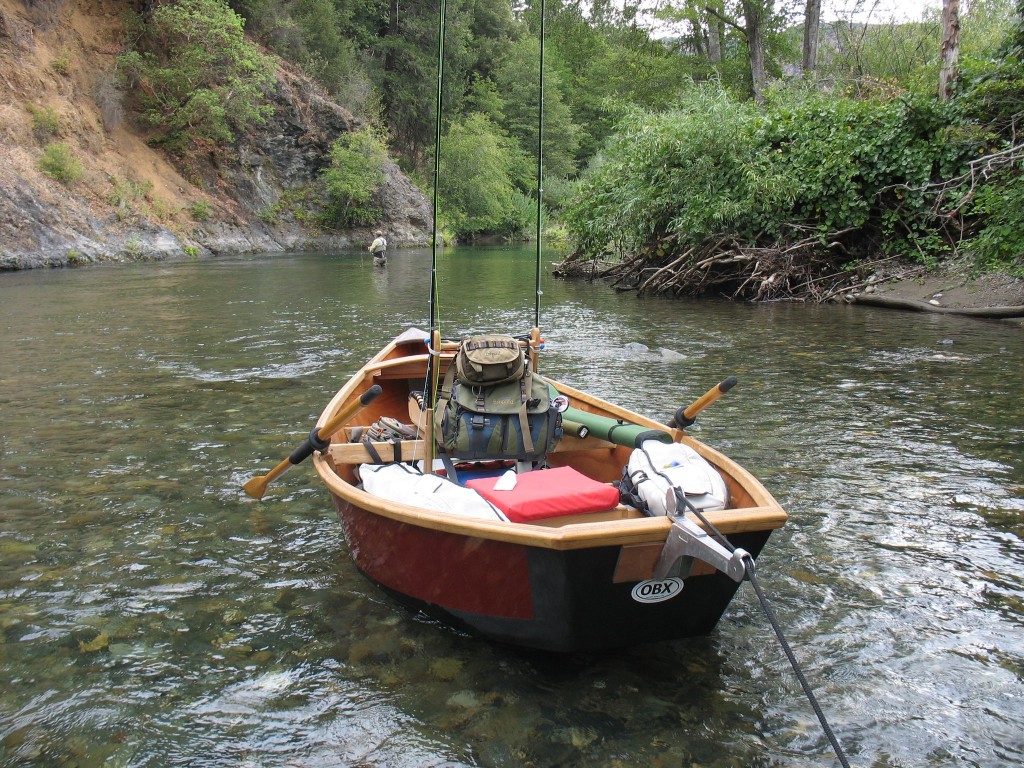 Start with the fundamentals:

Beginner Fixes: The best way that I know how to eliminate tailing loops is to teach the “elbow forward” cast. When I teach it, I give them the visual analogy of the Tin Woodsman in the Wizard of Oz. When Dorothy and the Scarecrow find the Tin Woodsman immobilized by rust, he whispers the famous line “Oil Can” to which the scarecrow replies..”oil can what?” The point is for the student to pantomime the tin man, oil the shoulder and leave the elbow and wrist frozen. Hold the rod in a proper grip (thumb on top or key grip), rotate the hand and wrist fully forward and lock the elbow at approximately 90 degrees. Start with 20′ casts lifting the shoulder and arm to a stop on the back cast and then lowering the shoulder and elbow to a stop on the forward cast. This cast eliminates most of the moving parts that can cause casting faults. The student can quickly learn the feel of the rod loading and the line loops rolling out on each cast. Everyone wants to immediately start to cast longer distances and this is OK. Just tell them that when they start to lose their stroke on the longer casts to shorten up and start again at 20 feet.

Experienced Fixes: If you are an experienced caster but maybe you are having trouble making your fly landing first or maybe catching your fly on your own fly line, the elbow forward cast is a good cast to go to. Anytime I am casting for accuracy from 15 – 40 feet, I return to the elbow forward cast. When casting for distance (which I consider is 45 feet plus and which requires shooting line and maybe employing a double haul to increase line speed which in turn increases the load on your rod) a lot of experienced casters start to get the dreaded tailing loop. This is usually caused the the increased application of power in too short of a stroke, erratic power application etc. that causes the rod tip to bend too much and this creates a dip in the rod path which causes a tailing loop. Don’t despair. A technique known as the “drift” will eliminate these tailing loops. I teach it first in pantomime. Practice your back cast stop like you are swatting a horsefly a little behind and above your shoulder (Whack) on the stop. Then immediately allow your back cast to EXTEND 3″ – 6″ further back. Then start your forward stroke. The key on the “drift” is not to rotate it (which would lower the rod tip) but to poke it back on the same rod tip path you had when you stopped and whacked that horsefly. It takes some practice: back-cast HAUL, STOP, DRIFT, begin the forward cast, HAUL, STOP, shoot line, drop rod tip to the water.

Here are my FFF notes on the elbow forward cast:
“Elbow forward: at the start of the cast the elbow is directly below your hand which is at ear level and slightly forward of your casting shoulder. It is part of the overhand baseball throw which is called a kinetic whip because each body part move in a whip like sequence adding to the overall force. This up- right forearm is also important to accuracy by leading and thus controlling the vertical forward movement of your fly rod and the unrolling of the fly line. Most tournament casters who use this style also offset the back cast slightly to simplify the fly lines path of travel as it changes direction from backward to forward. The arm lifting motion of the back cast is called shoulder flexion. Lowering the elbow on the forward cast is called shoulder extension.”