Climbing Mount Rainier — with a purpose 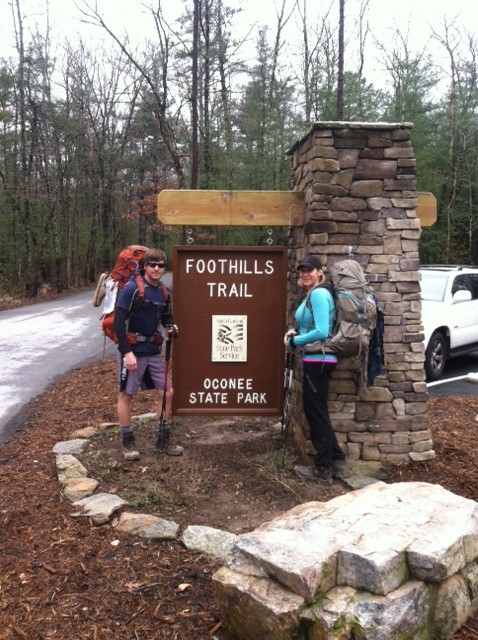 When John and Anne Wade met several years ago, they were both extremely active, but they liked to do different things. John was into boxing, karate, mixed martial arts, Anne liked to run, to cycle.  “We wanted to find something we could do together,” says Anne. After a bit of back-and-forth, they agreed on something neither had a great deal of experience at.
Climbing.

Not technical climbing, with ropes and protection. Rather, alpine assaults like the kind John, who is 41, had enjoyed while backpacking in Colorado, and that Anne, who is 45, had done growing up in the Adirondack Mountains of New York.  Since both admit to being competitive, they decided they needed an ambitious goal for their joint pursuit. A friend of Anne’s had just climbed Mount Rainier and declared it “the hardest thing she had ever done,” says Anne. So 14,411-foot Mount Rainier, anchor of the National Park bearing its name in Washington state, it was.  And, since climbing Rainier simply because it’s there seemed a little indulgent to the couple, they decided to climb it for a cause. And seemingly before they new it, they had formed Climb For Freedom benefiting the Navy Seals Legacy Foundation.

As initially conceived by the Wades, Climb for Freedom would benefit the Navy Seals Legacy Foundation to the tune of a dollar for every vertical foot climbed — or $14,411 — which the couple hoped to raise through donations. Almost before they began training, they realized their goal wasn’t ambitious enough; Anne’s father, Jack, a former SEAL in Vietnam, offered to hold a fundraiser for the event in his home of Hickory. The 360-seat banquet hall hosting the event, which is Thursday, quickly sold out, at $40 a seat. “Now,” says Anne, “we’re looking at raising $40,000 to $50,000.”
“It’s all happened pretty fast,” says John. 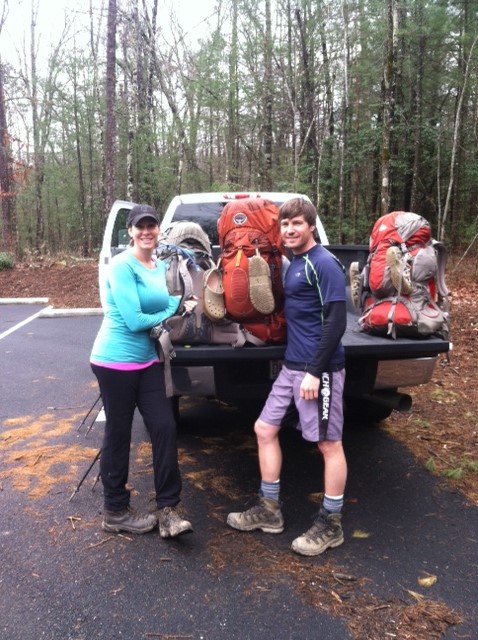 Fundraising, check. Now, about the climb …

With the fundraising a success, they now only need worry about climbing Rainier. Over the years, Mount Rainier has become an everyman’s Everest, an ambitious, yet achievable mountaineering goal.  It’s not one without its risks, however.  More than 100 people have died trying to summit the volcanic peak, including six last year in an apparent avalanche.

The climb is demanding, with the popular eight-mile route to the top gaining 9,000 vertical feet along the way. The Wades plan to take four days to make the climb. On Day 1, they’ll climb to 10,000 feet, where they will spend two days getting acclimated and making day hikes. On Day 4, a 14-hour day, they will push to the summit.
How do you train to climb 14,411 feet when you live at 300 feet above sea level?
“I wear a mouthpiece when I hike,” says John. “To make it harder to get oxygen.”

Training: Hikes and a tree

During the workweek, the couple spends an hour in the morning in the gym doing “tree” workouts. “You start with, say, 20 squat thrusts,” says John. “You do a set. Then in the second set you do 10 burpees, but you add those onto another set of 20 squat thrusts, and so on. There are nine sets, and when you finish the ninth set, you work your way back down. It takes about an hour.”
In the evening, the couple walks for a couple hours, often on a four-mile route in their North Raleigh neighborhood.
That doesn’t exactly address the elevation and altitude issues presented by Mount Rainier. For the most part, they’re looking to the Southern Appalachians’ longest and most challenging trails to train.

“We’re looking to do the Mount Mitchell Trail three times,” says John, clarifying that he doesn’t mean “in a row.” That trail starts at the Black Mountain Campground and gains about 3,700 feet on its 5.6-mile climb to the top of the highest peak in the East, at 6,684 feet. The return trip makes for an 11-mile day.
After a brief discussion, several other hikes were added to their training mix, including:

In addition, they’re planing a training trip to Anne’s native Adirondacks, and may go to the Colorado Rockies for some work at elevation. 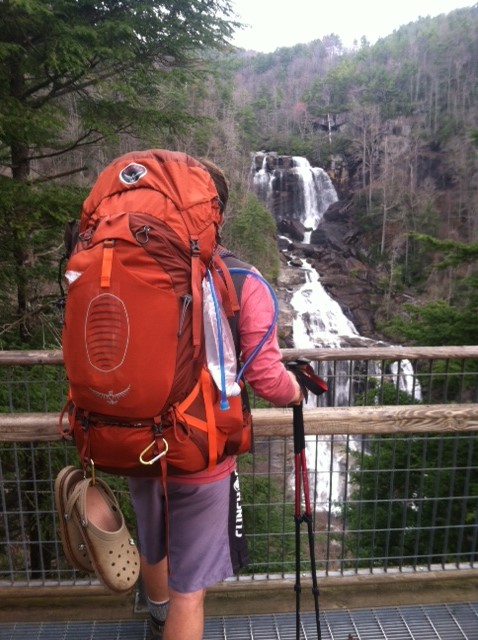 Equally important to a rigorous training program is a sound nutritional approach. The Wades eat smart — and realistically.  “We’re basically paleo,” says John, who has a protein shake for breakfast — spinach, kale, fruit — skips lunch (OK, maybe an occasional Larabar) then for dinner has a “piece of protein” — typically chicken or fish — “and a big salad. I try to consume about 4,000 calories a day,” John adds, which also must fuel his job as owner of a landscaping company. “And I drink four liters of water a day.”

Anne, a Certified Health Coach with the Institute for Integrative Nutrition, is in charge of the nightly “big salad.” “It’s got everything,” she says, “spinach, kale, arugula, purple cabbage, sprouts, help seeds, red peppers, carrots, radishes, cranberries, strawberries and some protein: eggs, maybe bacon or chicken or salmon.” Her dressing is apple cider vinegar with avocado oil and dijon mustard. “I like to rotate the oil,” she adds.  They don’t eat bread, but they do allow themselves a “cheat meal” every week or so.  “Last weekened,” says John, “we were at Southpoint Mall and ate at Zinburger. I had two cheeseburgers and big ol bucket of fries.  “I crushed it!” he notes.

Even though their date with Rainier is still more than two months off  — the climb is Aug. 8 — John can’t help but mull what might be next.  He throws out some ideas, but is especially taken with Alaska’s 20,237-foot Denali, which resides in a whole different sphere of mountaineering.  Anne thinks for a moment.  “Maybe we should wait and see how this goes.”

The U.S. Navy’s SEALs carry out some of the most dangerous missions in the military. Since September 11, 2001, 52 children of SEALs have lost their fathers: the SEAL Legacy Foundation was established to provide educational assistance and support grants to families of wounded and fallen United States Navy SEALs.
For more information on the Foundation, visit their website.
For more on the Climb for Freedom and to support Anne and John Wade, go here.