At random, on an AT thru-hike

Susan Levy,  a charter member of GetHiking! Triangle and a graduate of last fall’s GetBackpacking! program, is thru-hiking the Applalachian Trail. She set off on March 30 from Springer Mountain, Ga., and is about a third of the way through her hike. Today and tomorrow, we catch up with Susan — known on the trail as “Kansas” — on how her hike is going so far. 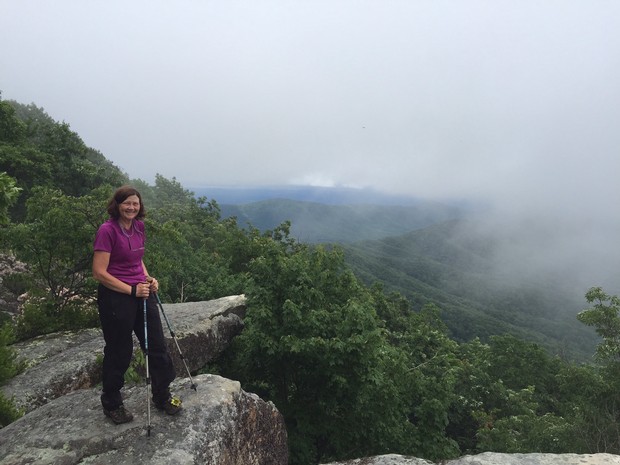 Yesterday, we covered Susan Levy’s first 700 miles thru-hiking the Appalachian Trail. Today, some random thoughts, facts and figures from along the way.

Average number of miles per day (not including rest days): 12.36
Average number of miles per week: 72.93
Number of days over 20 miles: 4
Longest day: 25.7 miles
Best part of the day: “Crawling into my tent at night. I love hearing things [outside], watching the leaves dance on my tent. … I like to just putter around. In the morning, I tell Mudder and Advil [her hiking companions] that once they hear the ‘zip, zip, zip’ coming from my tent that I’ll be ready in about two hours.”
First bad day on the trail: The 14-mile stretch between Carver’s Gap and US 19E along the North Carolina/Tennessee line. “I’d been so looking forward to this stretch because I’d hiked it before,” says Susan. Her memory, however, was a bit murky. The hike begins with a spectacular hike over Round, Jane and Grassy balds. “Unfortunately, I’d forgotten that there were two more balds near the end” — Little Hump and Hump mountains. “I could touch my leg and the muscle burned,” she said, remembering staring up the two climbs and wondering how she’d make it. “I got to the end and I said a very bad word. Then I didn’t say anything for 30 minutes.” 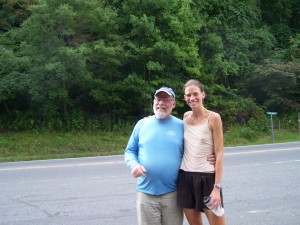 A day in the life: Susan’s zippers start coming to life around 6:30 a.m., meaning she’s generally packed and on the trail by 8:30 or 9 a.m. Mornings are slow, “but around 2 p.m. I get a burst of energy and hike until anywhere from 5:30 to 7:30. After puttering around in her tent, she’s generally asleep by 10 or 11.
Ultralight vs. traditional: “People’s packs weigh either 18 pounds or 35 pounds. You don’t see anything in between.
Hiking poles? Absolutely.
Highlight: Contra dancing at Trail Days in Damascas, Va., with hiking guru Warren Doyle calling.
Can you top this: Asked if there was any buzz on the trail about ultra-runner Scott Jurek’s attempt to break Jennifer Pharr Davis’s speed-hike record for the AT (she hiked it in 46 days, 11 hours, and 20 minutes in 11; Jurek hopes to finish in 42 days), she said some. Then she mentioned another record attempt: a mother and daughter attempting to break the mother-daughter speed-hiking record.
Can you think make sense of this: “There’s a woman slackpacking the trail by herself and using two cars to do it.”
What’s in a name: Trail names don’t just come willy nilly. Susan’s buddy Perk makes coffee in a percolator. Dixie is from Alabama. Tabasco always wears a red shirt. Bee Man raises bees. Susan christened Mudder for his propensity to plow through mud rather than walk around it, and she gave her other hiking buddy, Advil, her name because she carries a gallon ziplock of ibuprofen (“and because shortly after seeing her you always feel better.”) As for Kansas, she takes her name from her birthplace. And she likes the state motto: Ad Astra per Aspera — “to the stars through difficulties.”
Most pleasant surprise: You can order pizza to be delivered on the trail at Mount Rogers. 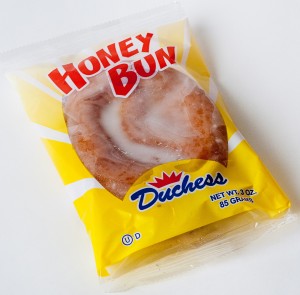 Biggest surprise: The honey bun. During her GetBackpacking! training, she saw the clinic leader eating a honeybun. “‘ How can he eat those?’ I asked myself. Then, one day in town I decided to try one.” The energy boost put her on a mission to find bigger and better honey buns. “I found one that had 750 calories!”

Follow Susan on her trail journal as she resumes her hike.